The Comms National Awards recognise excellence and innovation in the industry and now in their 16th year are the ICT channel’s most respected and sought-after awards. The event was hosted by James Nisbett, an award-winning actor and presenter with the event taking place at the prestigious Hilton Park Lane London Hotel. 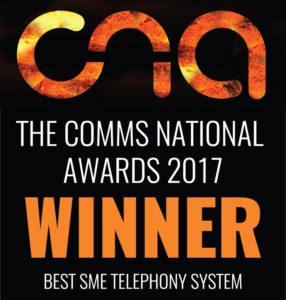 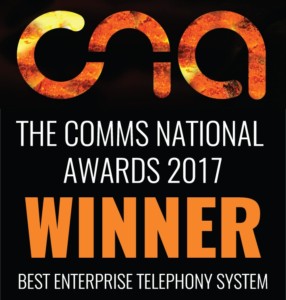 Will Morey, Sales and Marketing D irector at Pragma “This will be the fourth year in a row that Ericsson-LG has been recognised for SME or Enterprise Telephony product of the year. To win both this year is a huge honour and is an amazing recognition of the hard work Ericsson-LG and their R&D team put in. The continued innovation across end-point design, cloud platform and portal, desktop and mobile applications and on-premise telephony is phenomenal. The whole team at Pragma continue to be incredibly proud to have them as our partner.

In addition to Ericsson-LG award wins four Pragma partners were also recognised for solutions and service based on the iPECS platform.

These awards recognise Ericsson-LG’s continued success in the UK market and highlights the strong partnership between Ericsson-LG and Pragma and the ongoing efforts to gain market share and be a true competitor in the market.

This site uses cookies: Find out more.
Go to Top